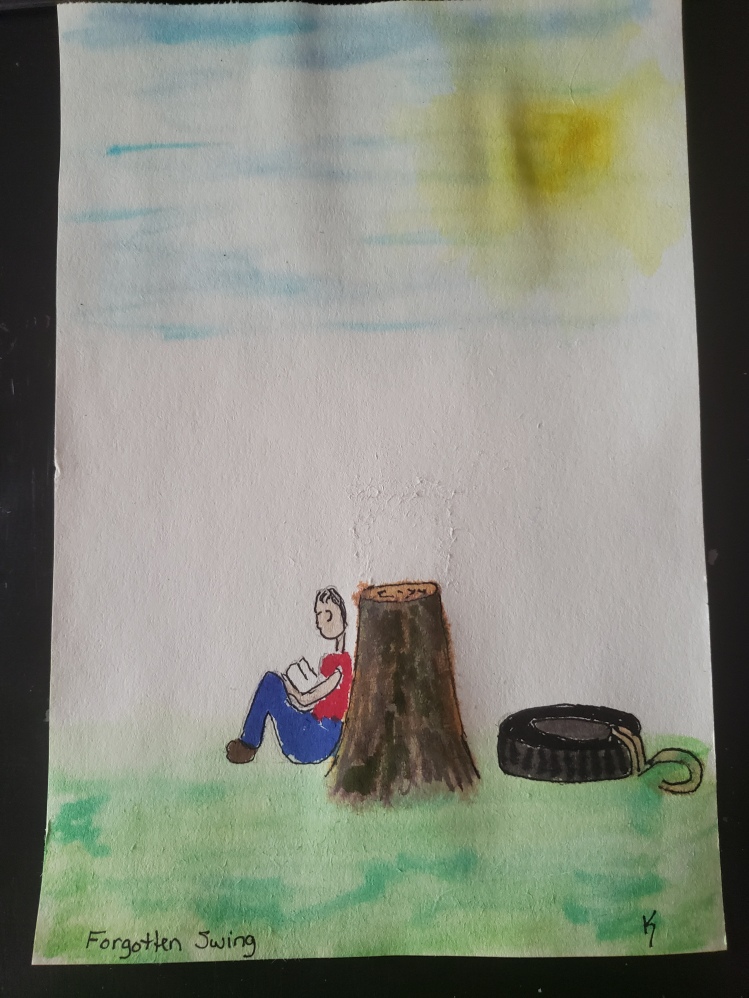 So my texture is the tree and the tread on the tire. Not anything to jump up and down about, but I gave it my best shot!

The first one I did was a stone wall with flowers and another stump. I seem to have a thing for stumps. Probably because in every other medium I have been lousy at trees, especially the bark. So I am a little excited I can do it in watercolor. 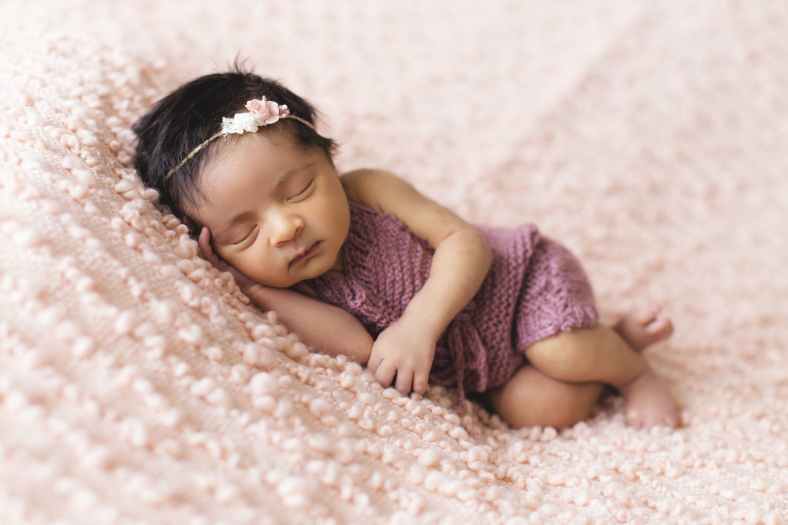 What One Has to Do with the Other

Some of the really annoying things about sleep apnea are the headaches every morning, the inability to think straight, the fatigue. I mean there are lots more, but those are the ones that keep me completely befuddled everyday.

Sadly there is only one treatment for sleep apnea and that is a CPAP machine. What it does is it goes on your mouth and or nose and when it senses you have stopped breathing it gently pushes air into your mouth and or nose and you start to breathe again. There are 3 masks that I know of, the mouth, nose and full face. I have tried them all and have not been able to keep them on.

The masks are great unless the seal between the mask and your face breaks, then you are in a wind tunnel. In my case that happens constantly. So I get no sleep at all. Well, I start out at 3 hours and then each night it gets worse. Eventually I can’t even keep the seal for the amount of time it takes me to fall asleep.

Now I am to be introduced to a new apparatus. I don’t really like to call it a mask, it doesn’t cover your face. It’s called the Bleep. It has two plugs that go in your nose. You are supposedly able to move, supposedly you don’t lose the seal, supposedly it is loads better. We shall see I guess. I know I really hope it works. A drop in blood oxygen affects every organ in your body. So my liver and kidneys that are overloaded with medicines are attacked even more so. My pancreas is affected, so my diabetes is affected. My lungs are affected so heaven forbid I should get Covid-19 at this point. My intestines are affected so my IBS-C is affected, I am also more likely to get a stroke…I think you get the idea.

My doctor has managed to scare me half to death now, and I was scared before she went on her rant that I had to make this work. So here is hoping. And if you have sleep apnea, please take it seriously. Truly, there is nothing it doesn’t affect. 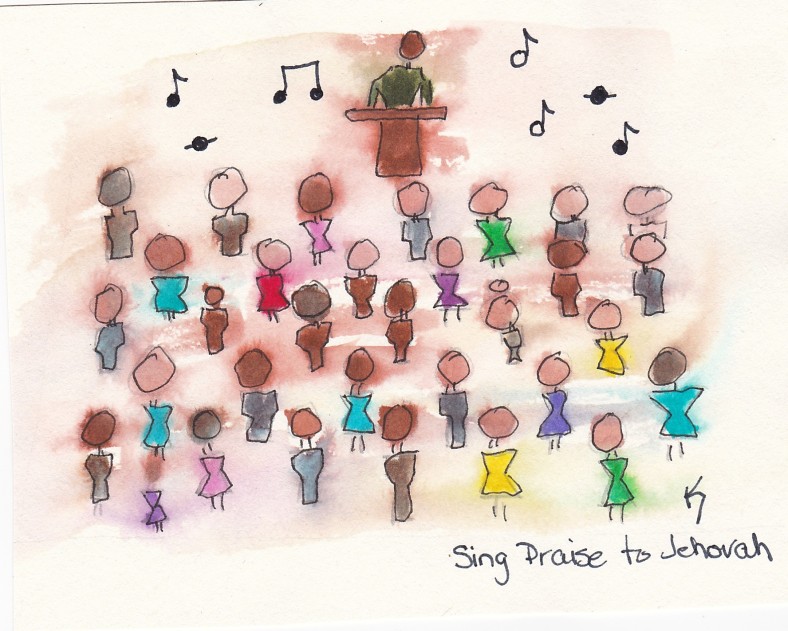 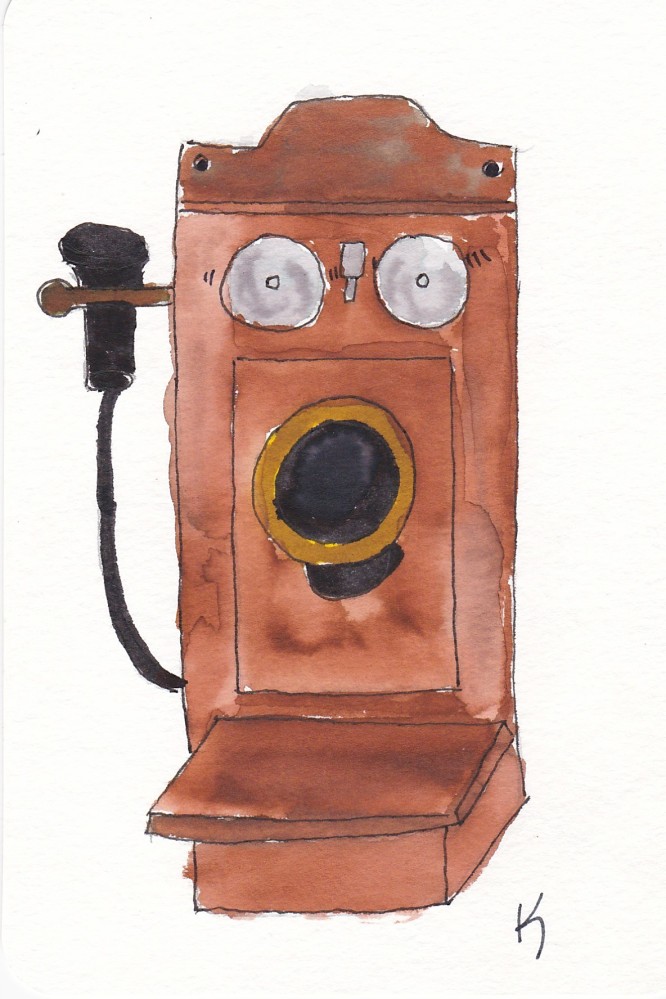 I’m a little late posting, but here it is! #doodlewashjune2020

I have been fortunate as a young person to travel a lot. And I say travel, but really it is move around. I have lived in Miami to Juneau to Rota, Spain. I’ve flown over glaciers, seen the northern lights, swum in two oceans, stood on three continents. Now there are others who have done more, but comparatively I have done more than most.

Just having had so many different environments to see is a benefit. I zip-lined before it was cool. I’ve ridden the rails from Seattle to San Diego to Atlanta. I am comfortable wherever I am at. I can adjust to different personality traits that are regional, so I am not quick to judge. I have beautiful memories.

The only real downside that I can think of is kind of a biggie. I’m really not good at forming long-lasting relationships. I am getting much better, I’ve been in the same place for 19 years now…an eternity…and I do have friends that I’ve known and loved for over 10 years. But friends that I had as a kid are gone now, I’ll look for them occasionally through the wonder of the internet, and even find them, but there is no connect for me. Grade school friends, high school friends, Navy friends, all just gone.

My dad and I talked about it recently and he said it was something he regretted for me. He has all these friends from way back. I have great memories of places, but not so much when it comes to friendships.

But that was then and this is now. Now I do have friends, friends that I will have for a lifetime. It just took a really long time to meet them and to learn to keep them. I wouldn’t change my life. Of course I don’t know what it would have been like any other way. And I am glad that I have known the people I have known, even though I lost track of them. I am also glad to be as adaptable as I am when it comes to moves and people, it makes many things easier to bear. So I guess all in all I wouldn’t change things.

So one of my subscribers, artistcoveries, mentioned her family’s successes with the keto diet. When I had first heard of the keto diet some years back, I was a bit leery of it. I come from the school that says carbs are our energy, so taking away energy would be counter-intuitive. But I went back and looked at it some more and read an article from Harvard (that didn’t really endorse it, but didn’t nay say it either) and decided it might be worth a try.

There are some things I am going to have trouble with. For example, I eat processed foods, as in fast food. It isn’t that easy for me to cook for myself, but with the success they have had and how miserable I am at this weight I thought it would still be worth the attempt.

As soon as I had done the research last week, I started planning for it. What do I need to buy? What can I eat that I like? I started a little bit over the week. I wasn’t going to waste the food I had, so it is just a start, though I did give some stuff away. This week I plan on really taking it on though.

I think breakfast looks like nuts, seeds, eggs. Also I am considering fruit, the good fruits, like berries and melons. I’m going to miss my oatmeal from McDonald’s, and oh, woe is me! bye-bye iced coffees.

Lunch I think is going to be non-starchy vegetables with a dip or dressing. Then maybe some deli meat (the kind from the deli counter.) I like turkey, ham sometimes, and rare roast beef. London broil isn’t bad either. Oh and maybe some cheese. Apparently all cheese is good, and that is a great thing to me.

Dinner is either leftovers for whatever I made in a big batch, goulash, meatballs and sauce, crockpot stuff. Or, I can have a steak, pork chop, chicken. Fish isn’t really in the picture much because I don’t really like it. I do like shellfish, I love some shrimp and scallops and they are both free of carbs! Of course more vegetables, cooked this time I think.

See I am looking at this and it looks good! In fact my mouth is watering as I type! Well I’ll give you a progress update soon.

One final note, I have been at it half hearted as I say good-bye to some dear old friends, and I have already lost 2 pounds! So here is hoping. I need a win in this area of my life. 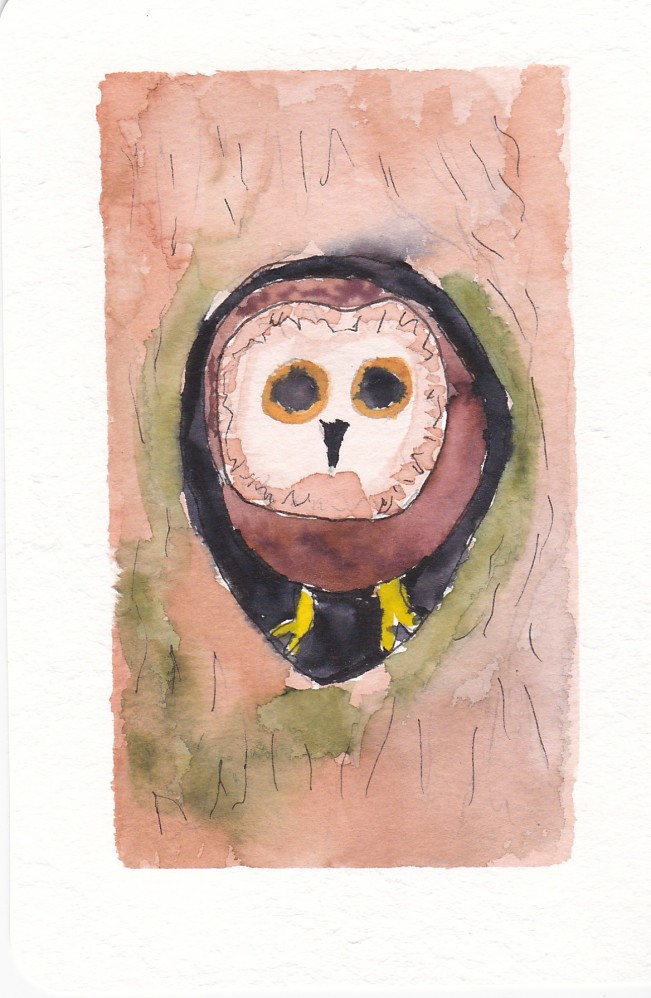 Well today has been a massively busy day and to top it off I was up at 2:45 a.m.! I did however finally get a decent owl to show. So here she is:

I love how it turned out except two things. One the pupils of the eyes bled really took away any chance of intensity. Second was the paper. I used masking tape and when I took it off it peeled the top layer of paper off. Made me mad because this was something that was supposed to be “good” paper. My cheap stuff doesn’t do that! Of course one nice thing is it is a post card so if I wanted I could mail it to someone. Undecided on that.

Centuries ago the Jews began removing the name from their scriptures believing the name was too holy to be repeated. Christians took up the same practice in their copies. But was it the right choice?

Over the many manuscripts that exist, most of which was written before this decision was made, the scriptures (Hebrew and Greek) had around 7,000 entries of what is known as the tetragrammaton. The tetragrammaton is 4 Hebrew letters that stand in for God’s name. In Hebrew vowels were often left out of words but the meaning was still there. Example, I could write wtr and you would probably get water. Better still if I wrote I need wtr, it would be even clearer. It’s like those different posts you see online where things are written backwards or with numbers in place of some letters and yet you can still read it.

Another thing to consider, how do we get to have a close relationship with someone if we don’t know their name? And in the case of Jehovah, since His name is so full of meaning, isn’t it important to know and use it?

So surely if Jehovah had his name written down so many times, we pronounce other names we do not actually know, and we want to have a relationship with Him, then doesn’t it make sense to use his name. Make your relationship with Him personal. He knows your name, and he wants you to know His. 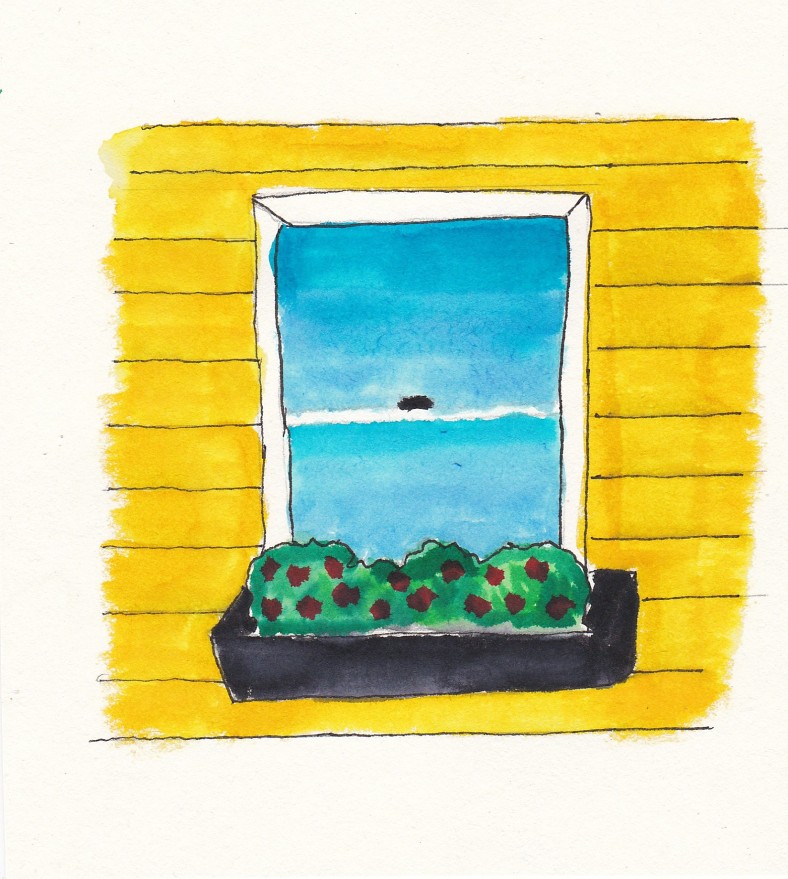